Data protection is most relevant among businesses, primarily in the digital world. Data protection includes the use of a collection of data, which is only accessible to authorized users.

Data protection strategies are applied to every data storage infrastructure and data storage device with the intent that data can be retrieved effortlessly without any data loss when the system crashes. There are different aspects where data needs protection and  we need to identify loopholes in data safety and privacy protection system.

Data is stored in different locations, like laptops computers, these are personal data storage systems that are generally used to store sensitive information. Controlling who can access the data is a basic security measure that can be taken in order to protect the data. Once you know the location data and the confidentiality of the data, we can define more clear accessibility to other users.

Sensitive data can be in different forms like trade secrets of business, information of clients, source code of a product. Every piece of data requires a different level of accessibility and giving access to only the authorized users is the first step of precautionary measure to protect the data

Backing up data is really not sufficient to safeguard the data. There can be a risk of a cyber breach and it should be the primary step to isolate the data servers against cyber attackers and malwares. Safeguarding data with antivirus provides another layer of security, establishing a strong firewall between the internet and data centers can be another way of protecting data.

Data centers can be backed up manually, as well as with automated tools, however, there is a huge volume of data on data centers and it requires more effort and time to back up the data from such data centers, especially at unfavorable conditions like system crash or downtime issues. Cloud backups have gained this chance and provided the solution for this, due to which backing up data is more reliable. This is useful for small scale companies, who cannot afford huge data centers due to short cash flows.

The integration of most of the IT companies of bringing your own device is definitely beneficial in terms of finances but on other the hand, there is a huge risk of a data breach.

As we are not completely aware of the configurations of each device most of the companies do not allow personal phones on the floor, usually companies which are in US health care insurance domain due to HIPPA(Health insurance portability and accountability act)

Setting up a baseline of security to data access for employees.

Cloud computing companies offer more cost-effective data-centers, which help to promote organizational efficiency, this also provides us the benefit of accessing the data to authorized users remotely. Instead of taking a decision of transferring data to a cloud, we are indirectly passing the responsibility of data security to a third party(a cloud data storage provider). Before taking such decisions we can also inspect privacy policies, security features, access control features of cloud data storage providers. To make the data secure on cloud we can take the following measures:

There might be a possibility that other organization’s data is also hosted by the same cloud hosting provider on the same data center. So employees of other companies should be isolated to view our sensitive data, instead only authorized users of the organizations should able to access the data hosted on a cloud

Data security is highly important, and with correct security measures, data can be protected from cyber attackers. Also, there are various options to store the data where we cannot afford the cash to maintain our own data centers. 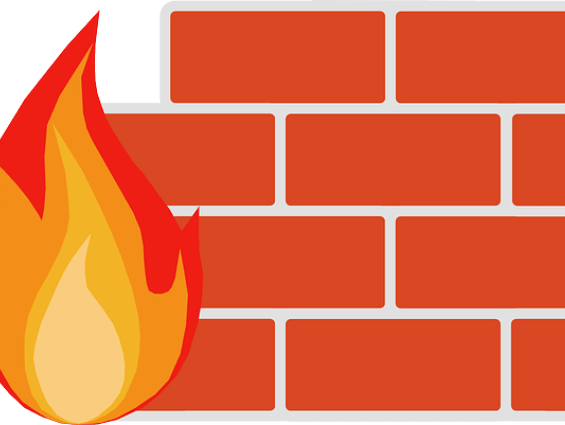 Why Proxy-Based Firewalls Are Not Enough?

Proxy acts as a gateway between client and server, basically, it is an intermediate server separating end-user from websites on the browser proxy server provides ‘n’ number of functionalities like security, privacy depending on the use case.

Most of the users wonder, why to bother a proxy server? Why not directly access the website and record responses.

The reason is, Modern proxy server does much more than forwarding the end-user’s web request all under the name of data security and network performance. Proxy servers act as a firewall and web filter, provide shared network connections, cache up the data for performance. Lastly, the proxy server can high up the speed .

Using free proxy servers as a firewall can be risky as most of the free proxy servers use ad-based revenue models. Free proxy server firewalls aren’t investing heavily in backend hardware and encryption this leads to performance and security issues. There can be a risk of malware be infiltrated which is intended to steal sensitive information like credit card, system IP, etc

Proxy server has your original IP address, and web request information probably unencrypted saved locally, and need to make sure if proxy server is not logging that information or saves this data locally.

In most cases, proxy-based firewalls do not provide a security mechanism for DNS(data server names).it is easy to send infected data embedded in the user’s URL this will ultimately be sent to DNS by proxy ending up infecting DNS securities.

As primarily proxy-based firewalls are designed to inspect a limited number of protocols such as HTTP, HTTPS, FTP, and DNS this means that there is a possibility of loopholes in traffic and inability to identify threats on nonstandard ports and across multiple protocols. While using proxy we cannot guarantee that DNS queries are directly sent by the client. This also implies that DNS security has to be provided and proxy-based firewalls are not enough for security. 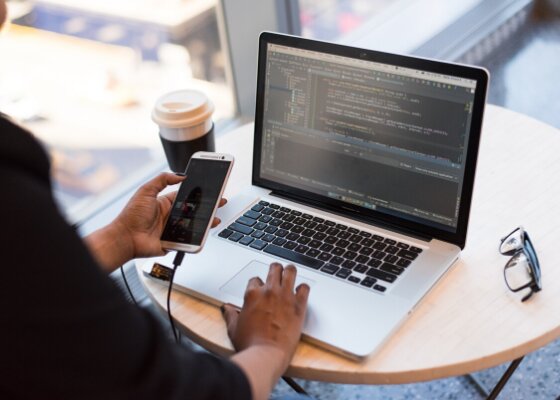 Security considerations while creating an API

What are API security Threats?

Usually, APIs have a written process of its creation in the public domain as self-documented information, cyber-attackers use this information wisely. Other vulnerabilities, like weak authentication, lack of encryption, flaws in business logic, etc may cause threats to API security.

The possible attacks on API can be as below:

The attacker can act as man in the middle of an API, attack the token in the HTTP header of  the user’s request sent through the browser. This token will give attackers access to the user’s account that may contain sensitive information like credit card numbers, login information etc.

This type of attack is also called a code injection attack, malicious code is inserted in a software program which has a possibility of attack.

In this type of attack, a huge number of concurrent requests are made to an API which has a huge number of data in each request.API cannot handle this and eventually the system crashes.It attempts to overload the memory and capacity of the system

An FCC website in 2017 used commercial cloud service and received a massive amount of API requests to a commenting system with intent to exhaust memory capacity. This consumed all memory resources and the system eventually crashed down.

Many businesses and tech providers secure their data by allowing data access only  to authorised users.

It can send an OTP message on the user’s registered mobile number or ask the user to create a digital key, which can be authenticated later.

An example of Two-factor authentication is: Forticlient.

This is another method of securing application API and data access. At the time of generating credentials i.e. username and password a token is provided.

So next time when a user tries to login, instead of providing a valid credentials which are at greater risk of sharing over the network, only tokens are provided in request for authorization. This will reduce the risk of sharing credentials and minimize the chances of attack.

One way to keep data authorized is to have digital signatures, we put signatures on everything.

The signatures will be generated by an app using an algorithm and a secret code. API applies the same algorithm to produce its own secret code and assign it as a digital signature.This signature is now compared with incoming signatures, and if the match is found user is authenticated to have access to API or data

Cryptography is of two types symmetric and asymmetric, Symmetric is when both the client and the server share the same key to encrypt or decrypt the message.

Asymmetric is when a server provides a public key to a client that can only encrypt a message but keeps the decrypt key private so that it can only be decrypted at server’s end.

This is one of the secured ways of creating secure communication between client and server. In this case, the server authenticates itself to the client. This is because certificates are only assigned to servers which binds information about the organization. And this is digitally signed by the certificate authority.

Sufficient logging and monitoring should be done for an API, generic suggestions would be:

To avoid injection attacks, input data should be sanitized, precautions should be taken for special characters as they can infect the input data stream. Defining a parameterized interface for strict data typing, where patterns are defined for each text box, which should be followed strictly.

Some of the status return codes are:

Organizations use API to connect to services and to transfer data. Unsecured APIs are one of the reasons for data breaches. This article enlists some of the important security aspects of an API. We have an expert team to help you address the issues so that you can experience minimal loopholes, more quality, and secure API.

A software intent to infect a computer or do any fraudulent activities is called malware. There are various categories that fall under the umbrella of malware, like spyware, ransomware, viruses, worms, and trojans. The code of this software is typically designed by hackers or cyber-attackers who are intended to cause substantial damage to systems or to gain unauthorized access to a network to perform fraudulent activities. Malware is delivered from a link or a file attachment in an email.

This is a useful method for finding viruses or any other type of malware that attempts to steal or log information.

Sandboxing is a technique where a computer program is restricted to have access to critical system resources and files running on the system. This will act as a secured layer to avoid harming the system by malware. Without sandboxing an application may have unrestricted access to all system files and user data on the system, the software can only have access to files that are available in the same sandbox. If any access is needed to the file which is not present in the sandbox then that permission has to be provided explicitly.

On the other hand, there are drawbacks to this technique, as we can see the change in the performance of software due to limited access to system resources.

From above we can understand what is malware, and how they are segregated in categories, each malware category intended to have different goals. Some are used to choke up the bandwidth of the system, some are for creating loopholes for more malware to enter, some to infect files, etc. And these are really a substantial risk for business and Cyber World and hence it is really important to know malware categories and symptoms of each category for proper actions to be taken against it. It is also important to understand malware so that the necessary precautions should be taken against malware.