How to achieve security using different types of firewalls

The fact that the dynamic rise of the internet has brought the world closer but also at the same time, it has left us with various kinds of security threats. To ensure the confidentiality and integrity of valuable information of a corporate network from outside threats and attacks, we must have some strong mechanism which is why this firewall comes into the picture.

What is a Firewall?

A firewall is a type of cyber-security tool that is used to filter traffic on a network. Firewalls can be used to segregate network nodes from external traffic sources, internal traffic sources, or even specific applications. Firewalls can be software, hardware, or cloud-based, with each type of firewall having its own unique advantages and disadvantages.

The primary goal of a firewall is to block malicious traffic requests and data packets while allowing legitimate traffic through.

It can be compared with a security guard standing at the entrance of a president’s home. He/She keeps an eye on everyone and physically checks every person who wishes to enter the house. It won’t allow a person to enter if anyone is carrying a harmful object like a knife, gun, etc. Likewise, even if the person doesn’t possess any banned object but appears suspicious, the guard can still prevent that person’s entry.

Firewall types can be segregated into several different categories based on their general structure and method of operation. Here are the top 5 types of firewalls:

Packet-filtering firewalls basically are the oldest type of firewall architecture that creates a checkpoint at a traffic router or switch. The firewall performs a simple check of the data packets which are coming through the router, inspecting information such as the destination IP address, packet type, port number without opening up the packet to inspect its contents.

The good thing about these firewalls is that they don’t require exclusive access to large amounts of data. This means they don’t have a huge impact on system performance and are relatively simple. However, they are also relatively easy to bypass compared to firewalls with more robust inspection capabilities.

Another schematic firewall type that is meant to quickly and easily approve or deny traffic without consuming significant computing resources, circuit-level gateways work by verifying the transmission control protocol (TCP) handshake which is designed to make sure that the session the packet is from is legitimate.

While exceedingly resource-efficient, these firewalls do not check the packet itself. By any chance, if a packet held malware, but had the right TCP handshake, it would pass right through. That’s why circuit-level gateways are not enough to protect your business by themselves.

Stateful inspection firewalls combine both packet inspection technology and TCP handshake verification to create a level of protection bigger than either of the previous two architectures could provide alone.

However, these firewalls do put more exertion on computing resources which may slow down the transfer of legitimate packets compared to the other solutions.

Proxy firewalls operate at the application layer to filter incoming traffic between your network and the traffic source—hence, the name “application-level gateway.” These firewalls are delivered via a cloud-based solution or another proxy device. Instead of letting traffic connect directly, the proxy firewall first establishes a connection to the source of the traffic and inspects the incoming data packet.

This security check is similar to the stateful inspection firewall in that it looks at both the packet and at the TCP handshake protocol. Likewise, proxy firewalls may also perform deep-layer packet inspections, checking the actual contents of the information packet to verify that it contains no malware.

Once the security check is complete, and the packet is approved to connect to the destination, the proxy sends it off. This creates an extra layer of separation between the client and the individual devices on your network, obscuring them to create additional anonymity and protection for your network.

If there’s one drawback to proxy firewalls, it’s that they can create a significant slowdown because of the extra steps in the data packet transferal process.

Most recently released firewall products are being touted as “next-generation” architectures. Nonetheless, there is not as much consensus on what makes a firewall truly next-gen.

Few common features of next-generation firewall architectures include deep-packet inspection (checking the actual contents of the data packet), TCP handshake checks, and surface-level packet inspection. Next-generation firewalls may incorporate other technologies as well, such as intrusion prevention systems (IPSs) that work to automatically stop attacks against your network.

Choosing the ideal firewall begins with understanding the architecture and functions of the private network being protected but also calls for understanding the different types of firewalls and firewall policies that are most effective for the organization.

Whichever of the types of firewalls you choose, keep in mind that a misconfigured firewall can, in some ways, be worse than no firewall at all because it lends the threatening impression of security while providing little or none. 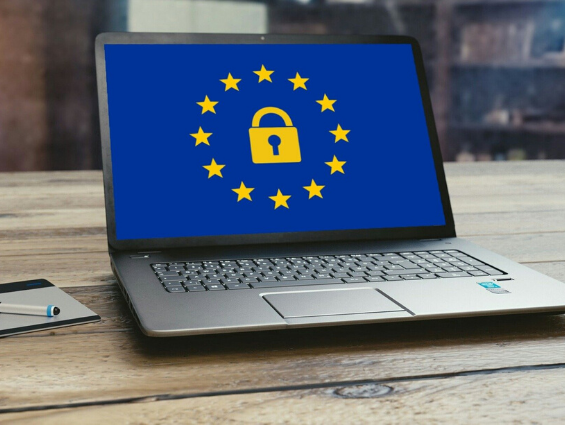 Microservices is an architecture in which all the components of the system are put into individual components that can be built, deployed, and scaled individually. Microservices can serve as an elegant way to break the shackles of monolithic architectures when building or deploying applications. Apart from pioneers such as Netflix, which began exploring this territory a few years ago, chances are microservices are something relatively new for your organization. Protection against cyber-attacks illustrates an even bigger unknown for many.

Let me explain to you a simple analogy

You must have seen how bees build their honeycomb by orienting hexagonal wax cells. In the first instance, they start with a small section using various materials and continue to build a large beehive out of it. These cells form a pattern resulting in a strong structure that holds together a particular section of the beehive. Here, each cell is independent of the other but it also corresponds with the other cells. This means that damage to one cell doesn’t damage the other cells so bees can recreate these cells without impacting the complete beehive.

you are developing a large/complex application

you need to deliver it rapidly, frequently and reliably

over a long period of time

the Microservice Architecture is often a good choice

Microservices Security – Presumably not what you think it is

Microservices and container security are sometimes incorrectly referred to interchangeably, even though they are two different things. This may be due, in part, to how most enterprises run microservices on containers.

The incertitude between containers and microservices might also have a lot to do with how container security protocols can help to protect against potential vulnerabilities of microservices within containers.

It would be easier if there were a simple algorithm on how to secure a microservice. Unfortunately, there is no such thing. However, there are some practices that can be used as a guide on the way to securing microservices.

1. Use TLS protocols for all APIs

Any application consisting of microservices needs an API as a key. If there are many independent API services, this software might require some additional tools to manage those APIs.

So, what you definitely need is access control. That will provide you secure authentication and authorization. There are some frequently used servers that allow administrators and developers to attain tokens for API authentication.

You can also use third-layer-security protocols for all the APIs to make sure that the system is protected from practicable attacks. All APIs that might be exposed must have an HTTPS certificate. One more last but not the least essential element is to encrypt all the communication between client and server with transport layer security (TLS).

2. Profile all your APIs due to their deployment zones

Malicious software, such as bots often aims at exposing the capabilities of the service too many more recipients than required. Technically, only authorized users are supposed to have access to them. To avoid unnecessary exposure, developers can label all the APIs to ensure who should be able to access them.

The API topology goes as follows:

There is also a process called network segmentation. This allows developers to perform partition of traffic and illustrate different content to different user segments.

The main task of these tools is to allow the developer to process user tokens. OAuth 2.0 protocol particularly simplifies the process of securing microservices.

It is an authorization framework that allows users to procure admittance to a resource from the resource server. This is done using tokens.

There are 4 different roles that OAuth 2.0 can play in microservices security patterns: resource server, resource owner, authorization server, and client. These tokens are accountable for access to the resource prior to its expiry time.

There are also refresh tokens that are in charge of requesting new access after the original token has expired.

Plain text is easy to read, copy, and overwrite by people and machines. While working on securing the personally identifying information you need to make sure that it is not being displayed as a plain text. All the credentials – passwords and usernames should be masked during the storing in logs or records.

However, adding extra encryption above TLS or HTTP won’t add protection for traffic traveling through the wire. It can only help a little bit at the point where TLS terminates, so it can protect sensitive data from accidentally dumping into a request log.

Additional encryption might help you protect data against those attacks that aim at accessing the log data but it will not help with those which try accessing the memory of the application servers or the main data storage.

By using multi-factor authentication (MFA), you offer your users better protection by default as some aspects are harder to steal than others. For example, using biometrics for authentication takes microservice security on a whole new level.

It’s not a rare situation for applications to get sabotaged by Denial-Of-Service-Attacks. Deliberately those are attempts of sending an overwhelming number of service messages with the aim of causing website failure. Such attacks can present themselves in many different shapes. They can also target the entire platform and network stack out of which most of the DoS attacks concentrate on volumetric flooding of the network pipe.

There is a way to prevent huge numbers of API requests causing the DoS attack or other problems with API services. You need to set a limit or restriction on how many requests in a given period of time can be sent to each API.

If the number exceeds the limit, you can block the access from a particular API for some reasonable interval, and also make sure to analyze the payload for threats.

7. Use Encryption Before Persisting The Data

We have already discussed additional encryption of sensitive data instead of showing it as a plain text. Another option that is highly recommended is that you encrypt the user data before persisting it.

You can also adopt some strong cryptographic algorithms such as RSA 2048+ or Blowfish. They make data transmission much safer. Remember to make sure that the algorithms are compliant with industry standards.

Microservices security requires non-trivial or ready-made solutions. We categorized some of the best practices that might help you with the security of your applications.

Nevertheless, remember that when it comes to security, there is always room and demand for innovation. It’s always better to use cutting edge tools and technologies than sticking with old-fashioned approaches and hoping for the best.