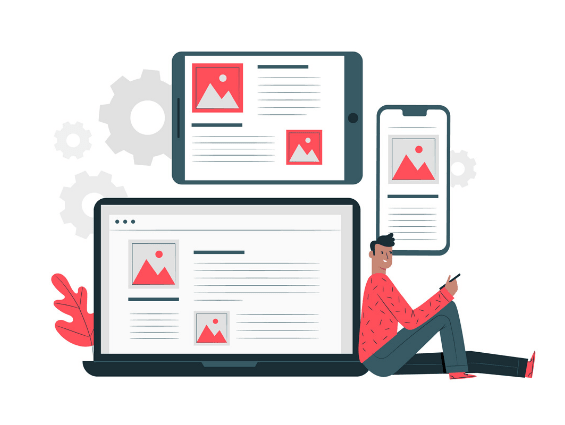 A few years ago, when we used to have browsers with poor javascript performance, every page used to come from the server. For every click, there used to be a new request-response cycle from the browser to the server.

Today there are several frontend JavaScript frameworks available, that helps in creating an application as a single page application. User Only loads the application code(JavaScript, HTML, CSS) once, and when the user interacts with the application, JavaScript intercepts the browser events and rather than making a new server request, the client requests some JSON or performs an action on the server but the page that User sees is never completely wiped away.

A single-page application(SPA) is an app that works inside a browser and doesn’t require page reloading during use. Such applications are there in everyday use. These are, for instance: Gmail, Google Maps, Facebook.

Single Page Applications are very easy to deploy in Production. It is mainly one index.html file, with a Javascript bundle and a CSS bundle.

Deploying the front-end as SPA has the advantage of versioning and rollback. It is done by versioning the build output.

In SPA, once the page is loaded for the first time, no more HTML gets sent over the network, rather data gets requested from the server(or posted to the server).This takes significantly less time and bandwidth than constantly sending HTML(as happens in case of traditional multi-page applications). This leads to an improved user experience due to less number of full-page reloads and better performance due to less bandwidth consumption.

A single-page app can cache any local data effectively. A SPA sends just one request to a server then stores the response it receives. Then it can use this data and work even offline. If a user has poor connectivity, local data can be synchronized with the server when the connection allows.

It’s easy to debug a SPA with Chrome since such apps are developed on frameworks like Angular and React. These frameworks have their Chrome Developer tools that make debugging much easier than with MPAs. Besides, SPAs allow you to monitor network operations and investigate page elements and data associated with them.

SPAs provide poor SEO optimization. This is because single-page apps work on JavaScript and download data based on the request from the client-side. The URL doesn’t change and different pages don’t have their unique URL addresses. It’s hard to optimize these websites for search engines since most pages can’t be scanned by search bots.

Single-page apps are less immune to cross-site(XSS) scripting attacks than are multi-page apps. Using XSS, hackers can inject client-side scripts into web applications. One security issue is the exposure of sensitive data. If developers aren’t careful about what data is contained in the initial page load, they can easily send data that shouldn’t be exposed to all users. The whole of a SPA isn’t generally visible in the browser, which can provide a false sense of security. One more reason that SPAs can be insecure is missing access control at the functional level. Since developers move features and logic off the server and out to the client, it’s really easy to provide a client with access to functions that they shouldn’t be permitted to use.

Below are a few popular Frameworks for Single page application development.

Introduced by Google, Angular is the most used framework for Single page application development. The extensive amount of built-in functionality allows developers to design and control applications for nearly every kind of task. It reduces code as well as allows the easy maintenance and scaling of applications over time.

React is Introduced by Facebook and extensively used on Instagram. It is a powerful library that can handle most types of applications. Along with Flux (ReactJs’s application pattern for building user interfaces) React establishes a firm code base through web components to create web applications that would function wonderfully even in large-scale, constrained, or high resource-consuming environments.

Knockout works on the MVVM approach of application architecture that helps developers to better organize their code. It also allows the application and server synchronization while putting in necessary mechanisms to build large single-page web applications. The scalable architecture allows developers to design applications that can easily scale up or down depending on their user base. However, Knockout often requires few other libraries like RequireJs, DurandalJS, PagerJs to create a full-fledged single page application development framework.

The legacy single page application development framework is very popular amongst developers as it provides the necessary flexibility through the MVC model while also supporting collections that allow for variations to program architecture. By notably reducing the data tie-ups to the DOM, Backbone allows developers to create structural code that can be easily modified to reflect changes in the DOM.

With Angular, Developers can create progressive web applications (PWA). PWA, using modern web capabilities, offers an app-like experience to the users.  Based on the needs, the Developer can deploy the app as native as well as progressive. The hybrid mobile SDK called Ionic can ship the apps to the app store and deploy the same to the mobile web as PWA.

The loading time of Angular apps is faster than any other front end framework in the industry. It loads at a very good speed with any new component router. Further, As per user’s loading and rendering requirements the code gets split automatically.

Angular is a low code framework compared to the other front end technologies. Developers don’t need to write separate code to link the MVC layers. Also, the directives are isolated from the app code. These all together automatically minimize the development time.

Two-Way Data Binding is another effective feature of Angular. The View layer and the Model layer stays in perfect synchronization. For every change in data in the model, the view reflects the change, similarly, for any change in view, the model is updated.

Angular CLI is the command-line interface for Angular. It helps to automate the development workflow. The common Angular CLI commands like ng-new or ng-add supports the developers to discover ready-made features with ease. 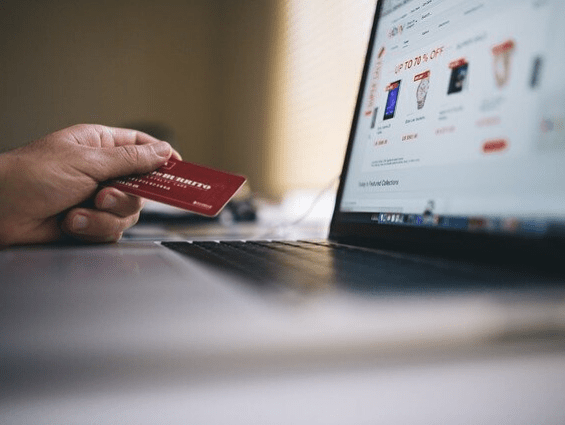 An online payment gateway (PG) is a bridge between the user’s bank account and the portal where the user wants to transfer his money. It is a software that authorizes the user to do an online transaction through modes of payment like a credit card, debit card, net banking, UPI, or the many online wallets that are available these days.

It is a third party that transfers money securely from the bank account to the merchant’s payment portal. It works behind the scenes to handle online transactions safely and securely.

Step 1: A customer places the order and then presses the Submit button, or its alternative button, on the website.

Step 2: The website or the booking/e-commerce platform takes the user to a payment gateway where he enters all the relevant information about the bank or the card. The Payment Gateway then takes the user directly to the page of the bank or a 3D secure page, asking for the transaction to be authorized.

Step 3: Once authorized, the bank checks whether the customer has a sufficient amount in the account to complete the transaction.

Step 6: The customer gets a confirmation message of the order being placed, once the above process is completed.

Note: The transaction of the amount involves sensitive information about a user’s bank and card details. Therefore, it is imperative to make sure that this information stays safe.

PayPal is one of the renowned payment gateways and known for its highly secure network system. PayPal has provided easy to follow guidelines to integrate its product with a variety of mobile and web applications.

The integration guidelines are generally provided by the Payment Gateway itself. For example below are the steps provided by PayPal in its developer’s documentation.

Note: Before integrating the PayPal gateway, developers must set up a development environment to get OAuth 2.0 client ID and secret credentials for its environments. These credentials are used to get access tokens that authorize REST API calls.

Next step is to install Nuget package manager for paypal

In order to use this SDK, the application needs to be configured. SDK will attempt to look for settings specific to Pay-pal in the application’s web.config file.

Before making calls to the Rest API, developers have to generate an OAuth access token to be used with API calls.

This object helps developers to customize the calls made to PayPal

This object can be further setup to add specific http headers and custom configuration settings.

Once the APIContext object is ready, developers can make a call to the API. Below is an example of how to get the details of a specific PayPal payment.

2.Faster transaction processing: A payment gateway is much faster than manual processing, and customers can make the payment without the inconvenience of long waits or lines.

3.Large customer base: Payment gateways enable customers from around the world to have access to your portal and can expand your customer base exponentially.

This article explains one of the most important components i.e. Payment Gateway for online businesses, How it works, Integration with benefits of using a Payment gateway for business.

At Neova we have the technical expertise to integrate Payment gateways into any online business web applications. 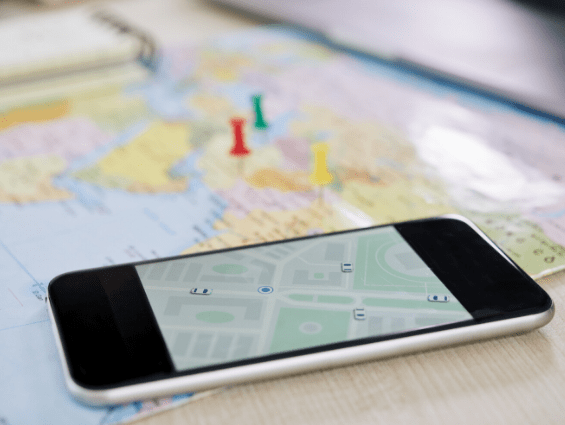 This service is created using the WCF framework and can be consumed by a variety of clients.

Location service features are exposed to the clients by means of Location interface. Within the service, this interface is implemented for business rules and parsing/validation in the business layer, which makes a call to database service for handling databases. Database service has been implemented using ADO.Net to communicate with the database and on receiving the data from the database, it will send this data as a response back to the business layer.

1. For calling Google API, developers have to instantiate the URL by providing the expected inputs(like latitude, longitude etc) and Google API key.

2.Next step is to convert the default base64 encoding in order to implement a URL safe version

Get travel distance and time for a matrix of origins and destinations.The information returned is based on the recommended route between the start and endpoints, as calculated by the Google Maps API.

This article explains the architecture of Location service with few examples and provides the details of its features and advantages. This service provides a lot of location-related features and thus is very useful in applications related to the travel domain.