Expense management refers to the systems established by a business to process, pay, and inspect employee-initiated expenses. This system tracks your daily expenses and provides comparative charts to show your expense summary.

What is the Expense Management System?

This system acts like a calculator that allows you to analyze and calculate your daily expenses, and for better understanding provides a wide variety of GUI(Graphical User Interface) like graphs, pie charts, bar charts.

5. An Instinctive dashboard that displays visual-rich reports based on priority and business needs will help these reports to informed stakeholders.

1. Total Expense Visibility provides informationexactly what’s going on in your business at all times.

2. Big-Time Savings on creating reports on the dashboard and it will update every hour automatically.

3. When you see your success/failure key metrics in your dashboard, you intuitively start improving your results.

4. Reduced Stress due to getting notifications from the dashboard so no need to continuously watch on the system.

5. To Increase Productivity Dashboards allow you to calculate performance and show in charts.

What is bootstrap and its main features:

We have used the newest version of Bootstrap to build up the system, version 4, which is the most popular with HTML, CSS, and JavaScript framework for developing responsive, mobile-first websites. These provide new components, faster stylesheet, and more responsiveness.

There is a great improvement in the rendering of pages. It ensures the reasonable size of pages rather than making them fit mobile screens only.

It is providing additive border utilities to quickly add all borders to your components. The default border is set to a solid 1px light gray color.

The new responsive classes .order-0 and .order-last are introduced for more control over the flexbox grid.

The new documentation is added for using the CSS variables. Bootstrap 4 provides 2 dozen of CSS variables as compared to the previous version.

How to Design an Expense Management system using Bootstrap?

1. First, go to the files menu in the toolbar. From files -> new -> project to create a new project.

2. This will open a new project window as shown below.

3. To Install bootstrap in the current project Right Click on project-> Manage NuGet packages->Bootstrap CSS -> click on the install button.

4. After successfully installing Bootstrap in your project you are able to see folder structure as below.

5. Now you can design your aspx pages using bootstrap in the following way.

As mentioned in the screenshot first use bootstrap.min.js and jquery.min.js in your aspx page.

I have used below given Bootstrap4 features to design web pages:-

You can use static value using the option tag in the following way:-

6. I have made sample pages of ‘Expense management system using bootstrap4’ as follows:-

In this article, we implemented an Expense management System using Bootstrap. At Neova, we have an expert team of front end developers who can extend their services to build responsiveness mobile and web applications.

Source Code: Kindly refer below link to get code for the above-discussed project. 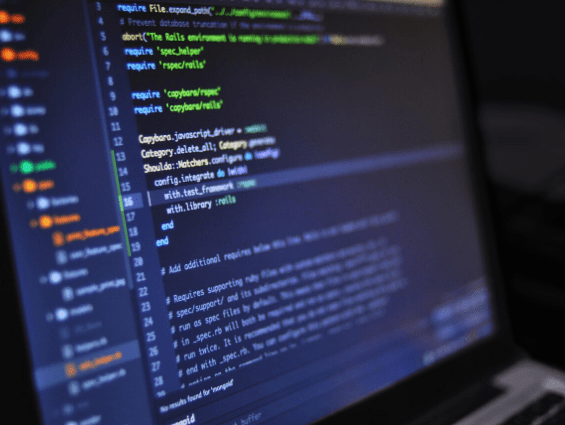 How to Integrate REST API with Unit testing?

Why do we need Unit testing?

● The developer knows where our code “breaks” as compared to the tester, so while developing if we implement Unit testing then we can improve code quality, so this will help in reducing bug-fixing, cost and time.

● If we ignore Unit testing it leads to higher defect fixing cost and time during System Integration and Beta testing after the application is completed. Proper unit testing done at initial stage at developer’s end saves both time and money.

What is Unit testing?

Testing an individual unit, such as a method (function) in a class, from other modules of your application. A Unit test doesn’t test the whole module; it tests the smallest unit that makes up a more significant module

1. MSTest – It is an in-built testing framework provided by Microsoft.

2. NUNIT – It is an open-source testing framework that is entirely written in c#.

Let’s do a quick comparison to evaluate better framework:

How to integrate NUnit Framework?

NUnit – provided by Microsoft.NET  open-source Unit testing Framework. It provides a rich set of assertions as static methods of the Assert class. NUnit Assert class is used to determine whether a particular test method gives expected results or not. In a test method, we write code to check the business object behavior.

A RESTful API is used to send HTTP requests like GET, PUT, POST, and DELETE data through existing protocols.

After sending a Rest request from the user it will go to API=> App layer=> Controller=> Repository=> Database Services, performs execution and sends a response back to the server.

Step-3: Open NuGet Package Manager Console for that project and type following commands in the given order:

Perform this for each Unit testing project.

Step-6: There are 2 ways of running Unit test:

1)Through Test Explorer in Visual Studio:

After this a new pane will open on the left side which will contain all the test cases found by the test explorer. These are the test cases which have attributes [Test] above them in a test fixture in Unit testing projects.

The NUnit 3 Test Adapter which we installed earlier, allows you to run NUnit 3 tests inside Visual Studio.

There are 3 ways of Testing:

If we don’t pass any test parameters, then the tests will run with default parameters given in the code.

In this article, we explained how to write  Unit tests for Rest API and the purpose was to get an idea about how Unit tests are written and executed and a major advantage of this Unit testing is that we know the actual rest request failed reason.